How Do I Apologize to My Partner? (Changing Even If It's Difficult) 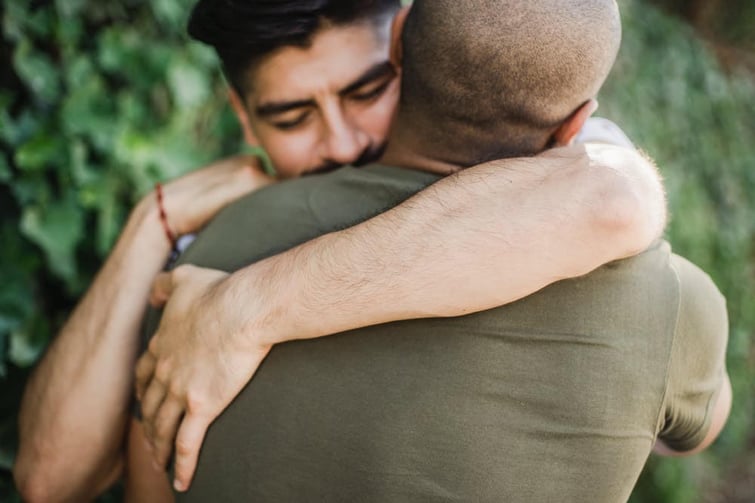 In my work with couples and my relationships, I find myself amazed at the ease and power an apology has to mediate a challenging relational moment and even put it to rest. Yet, one member of a relationship may have tremendous difficulty in summoning up this powerful tool and offering it to the other.

Depending upon your point of view—an apology is either a heartfelt recognition of the justified hurt the other is experiencing or an indictment and criticism, completely unreasonable and undeserved, which must be defended against at any cost.

By definition, an apology recognizes that one member of a dyad has done something that has hurt the other member, possibly unintentionally or reactively. Both members are often triggered at the exact moment. One member feels unfairly accused or not appreciated for their overall good intention, and the other member feels unseen by their partner's difficulty in recognizing their hurt feelings. In both cases, what is often triggered is a childhood feeling of being unfairly criticized or, conversely, being ignored and invalidated by their loved one.

Harville Hendrix, one of the founders of Imago Relationship Therapy, once asked an important question: would you rather be right or be in a relationship?

In those moments when it is difficult for one partner to apologize for hurting the other and for the other partner to let go of their absolute entitlement to an apology, the answer is that both partners would rather be right.

Our human instinct is to fight for what we feel we deserve or defend ourselves against a perceived wrong. But the work of being in a relationship is often to do the opposite, see the others' point of view, even if it doesn't make sense to us, and validate the other's perception even if it doesn't feel justified. After all, it is their perception, and to be curious about it opens a bridge toward a healing connection.

In crossing a bridge into your partner's world, you enter into what Martin Buber calls the I/thou or the "between," the sacred space that two individuals create as they attempt to look at or experience the world through the others' eyes.

And yes, this communication, and this ceding of the need to be right, must go both ways. In this challenging moment, each partner must try to see the world from the other's point of view.

The request, often the demand, for an apology can trigger the "guilty" partner's childhood feelings. It may be a feeling of being unfairly blamed and criticized, and never being good enough, which challenges their firmly embedded identity as a good person or perfect person. This may be an identity formed in opposition to the critical, blaming parent, and there is a strong impulse your partner has to defend at all costs.

Similarly, not receiving an apology that feels well deserved can trigger the "wounded" partner's childhood feeling that a critical parent never fully acknowledged the injustice and unfairness of their hurtful behavior.  The impulse is to insist on getting the validation that is justly deserved, and to finally feel recognized. The impulse is to fight to be fully understood, instead of feeling impotent and completely alone.

As you can see, it isn't easy to negotiate this critical moment. Both parties are hurt, often by the instantaneous, co-created reaction to the other. The moment is charged and can create a perfect storm. Awareness of this difficulty can help both parties negotiate this moment over time if each becomes aware of the pattern that consistently emerges. If each partner is aware of the small child simultaneously triggered, each feeling wronged, each feeling misunderstood and alone, each needing the other to reach out and meet in the "between."

How to Apologize To Heal You And Your Partner:

Tip #1 -Recognize, and Care, When You Hurt Your Partner 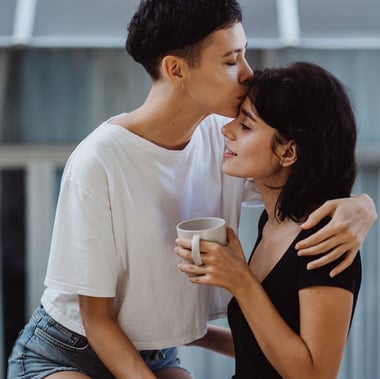 An apology is a powerful tool that can mediate a difficult relational moment and put it to rest. Still, it can be something partners may have great difficulty offering to one other. Because one partner needs to appreciate and recognize that they have done something that has hurt the other partner, possibly unintentionally or reactively, or it is essential for that partner to defend themselves at any cost against an unfair allegation, completely unreasonable and undeserved.

Triggering childhood feelings of being ignored and invalidated or, conversely, of being unfairly criticized creates a whirlwind of emotions and pain in your relationship. But, part of sharing your life and being in a relationship is to see a view that is not your own, even if it doesn't make sense to you. Your partner needs to have their viewpoint validated, even if it doesn't feel justified. It is your partner's perception, after all, not your own. Being curious about how your partner views the world and situations that differ from yours opens a bridge toward a healing connection.

Once you've crossed the bridge and are in the sacred space created by you two as individuals, you'll be able to look at your partner’s experience through more openly, through the lens of curiosity.  Your pathway to healing starts with an apology.

Tip #2 - Look Through The Lens of Positivity vs. Negativity 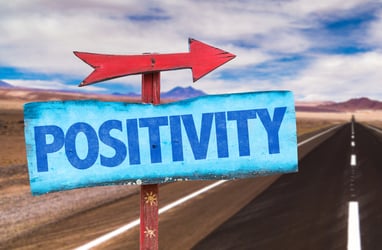 One way to avoid triggering your partner's defensiveness is to focus on the positive, rather than criticize from a hurt place. Many years ago, I learned an important lesson from an article about animal trainers. They only reward the small steps that lead to a new and desired behavior, something they call "approximations."

For instance, if a sea lion is being trained to wave its fin and doesn't engage, the trainer does not respond but instead stands still and is careful to look away without any emotional engagement or reward. The trainer is using a technique called Least Reinforcing Behavior (LRS).

Conversely, when the sea lion moves its flipper up and down, even only an inch, the trainer responds excitedly and immediately gives the sea lion another fish. We have all seen how many fish it takes to get the sea lion to wave, but in the end, it does just that.

The author describes how she used this concept with her husband: rather than nag and criticize about clothes left on the floor, she would thank him whenever he threw a shirt in the hamper.

Rather than complain that he never suggests anything fun, she responds with excitement when asking if she would like to take a walk. Focusing on the positive creates a cycle that reinforces desired behavior; focusing on the negative re-enacts a pattern of disappointment and mutual criticism and blame.

Learning how and why to apologize feeds your relationship to ensure you and your partner are seen, heard, and understood. 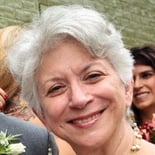 This blog post was written by Arleen Maiorano, LCSW, LP, DCSW, Columbia University. She is the Executive Director of Gestalt Associates for Psychotherapy. She is certified in EMDR and Imago Relationship Therapy, has trained in Interactive Group Therapy, and integrates these modalities into her work with individuals, couples, and groups.  Arleen especially appreciates Gestalt & Imago Therapy’s emphasis on the importance of relationship: on the belief that when we meet with fullness and openness, with genuine and unreserved acceptance, we create the ground from which all healing takes place.”

In her work with couples, she focuses on the emerging present moment, and its possibility for connection and growth.  She encourages couples to share their vulnerability and their need, in relation to each other, rather than focus on past hurts and disappointments. She believes that if couples truly hear each other, and meet each other with empathy and curiosity, a solution is always possible.

In Fall 2021, she will offer a course in Couples Therapy, The Person-In-Relation, at the Gestalt Associates for Psychotherapy.