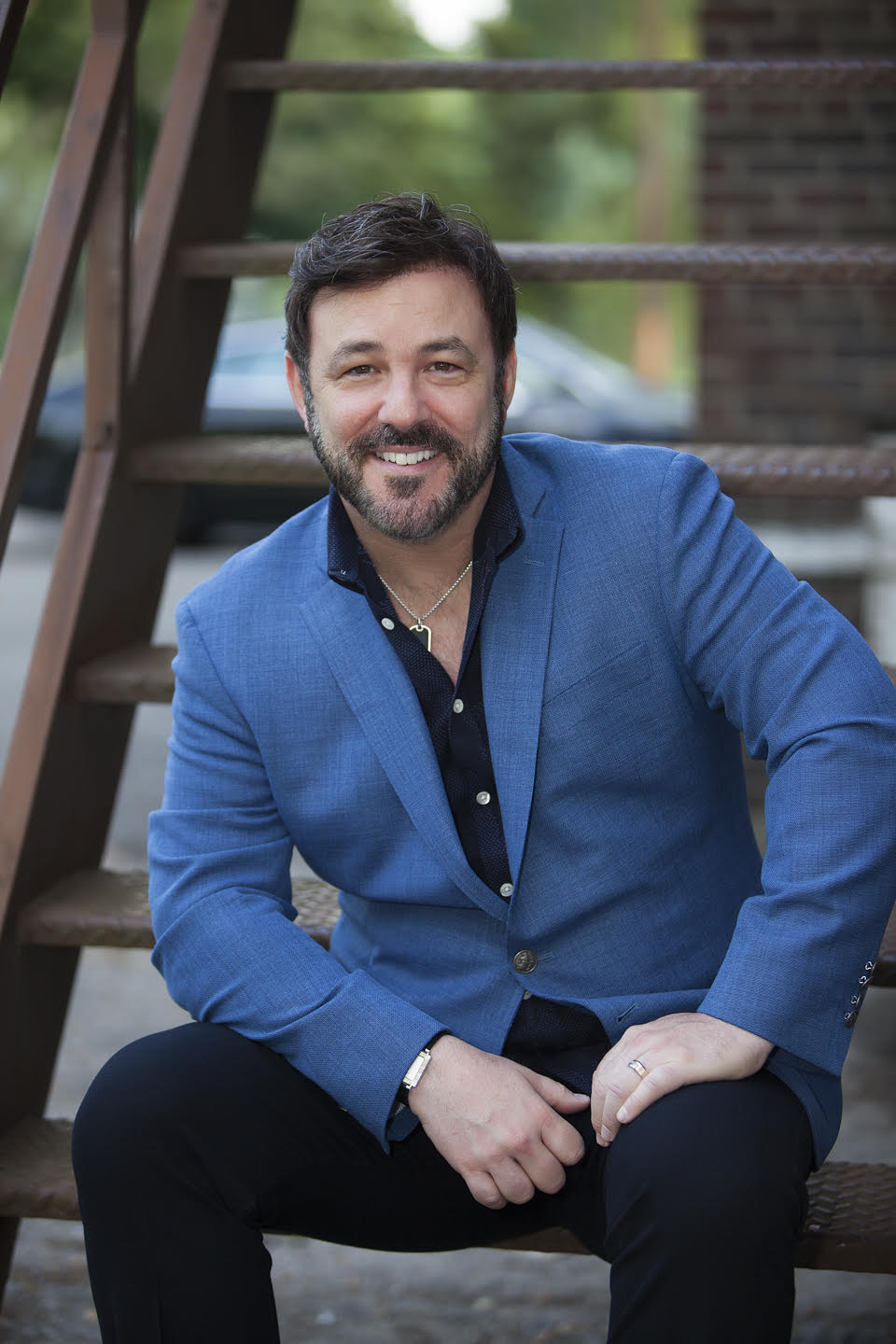 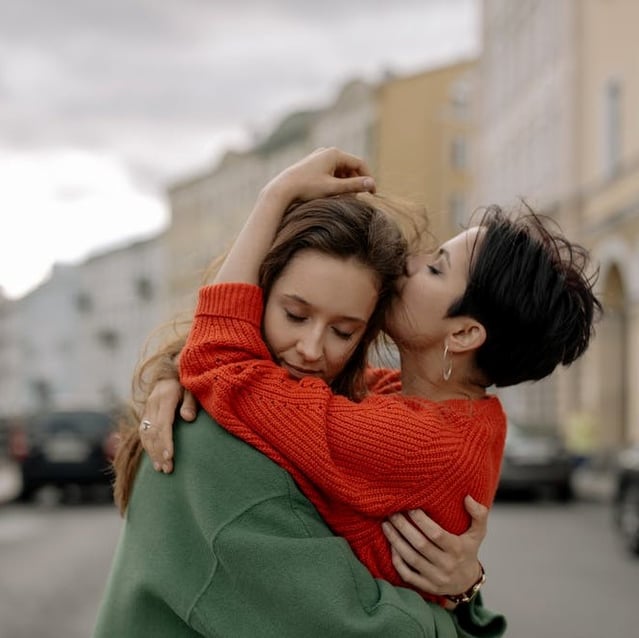 As a gay male psychotherapist, I've wanted to write an article on this topic since I began working with a gay male couple who told me that they were monogamous. After several months, however, they informed me they had had a three-way. When I asked if they had changed from monogamy, they said, "No."

Their reply was, "We are monogamous. We only have three-ways together and are never sexual with others apart from each other." Okay, now I was slowly getting it.

I quickly learned to ask what a couple means when they say they're monogamous. Now, I routinely ask all couples what their contract is around sex and commitment. Do they have an assumed or an explicit contract, verbal or otherwise?  I don't assume that every couple or individual who comes in for therapy is in an open relationship or closed relationship. Nor do I assume that they have or have not talked about it.

Books on affairs have been exploding in the self-help market in the past several years. This seems to acknowledge the lack of conversation and openness amongst couples–gay or straight–which leads to a rupture in the relationship and exits from intimacy.

When it comes to open relationships, judgments are changing. Historically, it was believed and still is that if a couple was open to bringing in others for sex, that was the beginning of the end of their relationship. Also, the thought of a couple in an open relationship coming to therapy has been–and still is–seen as one of the problems for them, even if they themselves denied it.

But too many happy and successful relationships, both gay and straight, have open contracts around sex.  Meanwhile, some monogamous couples struggle and disintegrate for not being willing to open up their relationships at all.

It's not appropriate to judge couples for behavior that society does not believe to be "proper" for any relationship. The therapist can challenge the couple about open relationships and share their thoughts and concerns. However, if the arrangement works for them, the therapist needs to stand back and let them make the final decisions.

Open relationships are controversial, to be sure.  Claiming that gay male couples can show how to manage them successfully is even more controversial when the issue of gay marriage is making headlines.  However, many heterosexual couples' lives are torn apart because of affairs and cheating; and only rarely do these couples talk openly about their sex lives. This is far worse than a couple talking openly and honestly with each other about a sensitive topic like sexuality.

Non-monogamy, also known as polyamory, is about openness, honesty, and commitment to the contract that people make in their relationships. Heterosexuals have a lot to learn from gay couples about this.

In the book, The Soul Beneath the Skin, David Nimmons cites numerous studies which show that 75% of gay male couples are in successful open relationships. He clarifies that whatever you decide as a couple, you should be upfront, direct, and honest about your relationship's contract on both sides.

10 Tips on Sexual Monogamy versus Non-Monogamy: 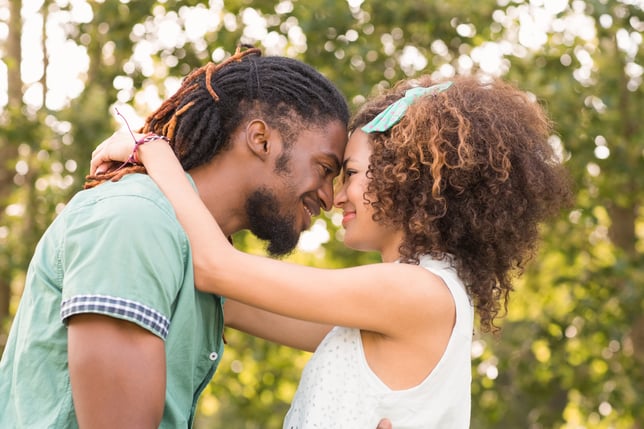 Both partners agree openly and honestly about keeping their relationship monogamous. Both partners should discuss and agree on what monogamy means to them-usually sexual and emotional intimacy with each other and no one else. If either or both want to open the relationship to others, it's with the understanding that they'll both discuss changing the contract through intentional dialogue and both agree on it. This is something that could take many conversations. One hesitant partner should never agree, and the other partner should never push too hard. 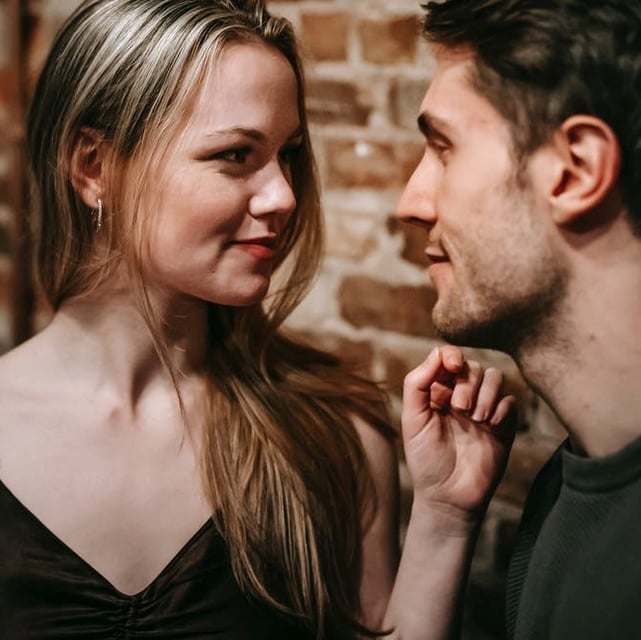 For an open sexual relationship with others, mutual consent of both partners is essential. Here, each agrees to open the relationship in ways satisfactory to both. Some partners prefer not to know about their partner's sexual behavior outside the relationship; others want to know, and many insist on knowing. Rules are essential here.

I have heard gay male couples say, "We only do it on vacation." Or,  "we only do it with people we don't know." Working this out is imperative.

Never assume there's a contract on sexual exclusivity. Any couple should understand that by itself, being married and/or in a relationship isn't enough to ensure monogamy. Each may have different ideas about what "marriage" and "relationship" mean.

It's essential for the couple to mutually agree on a contract stating their agreement about monogamy or non-monogamy. 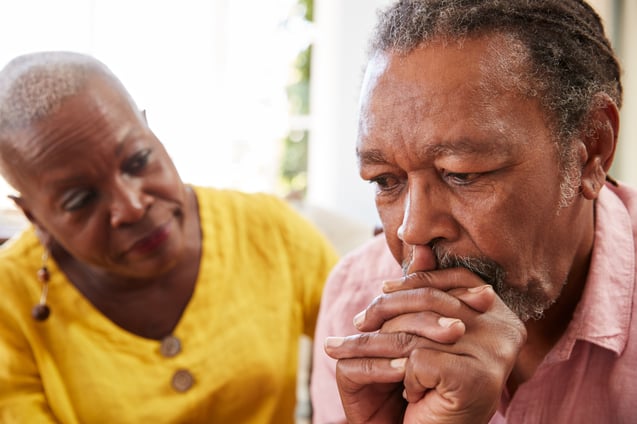 This, then, occurs if one or both partners stray from the agreed-upon contract. The relationship would not be in trouble over the affair as much as about the contract, consciously and intentionally prepared by both partners.

I've noticed that for gay male relationships, cheating has less of a negative impact than for heterosexuals - or even lesbians, for that matter. My concern is that gay men may think that cheating is a "natural" part of any gay relationship and, therefore, a foregone conclusion–which is not the case. 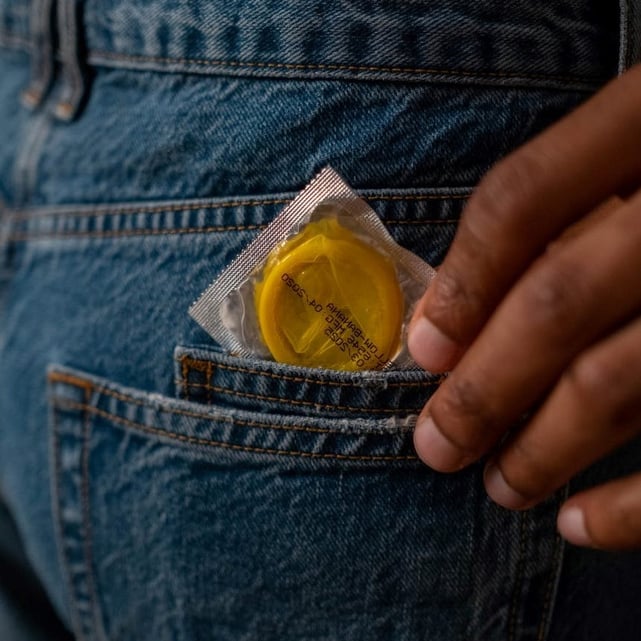 When sexually playing outside their primary relationships, gay men are typically very cautious about STIs and use condoms. It is so important to have open, honest conversations about sexual health in order to build trust in your relationships and reduce the stigma surrounding STIs.

It is still important to use condoms to protect yourself and others, particularly when having sex with multiple partners. Play safe, no matter what.

In Monogamous or Not: Understanding and Counseling Gay Male Couples, Michael C. LaSala (2000) writes, "It is important to distinguish between mutual agreements to be non-monogamous and infidelity in a monogamous union." This suggests that you can still have fidelity without exclusivity.

Gay couples often report that what works best for them is to engage in sexual encounters based on sexual attraction only and not emotions or affection. It is about sex and nothing more. They avoid getting to know temporary partners at any deep level to prevent turning the encounter into something emotional that might develop into a full blown relationship.

In other words, any sexual inclusion is simply behavioral in nature, not relational. 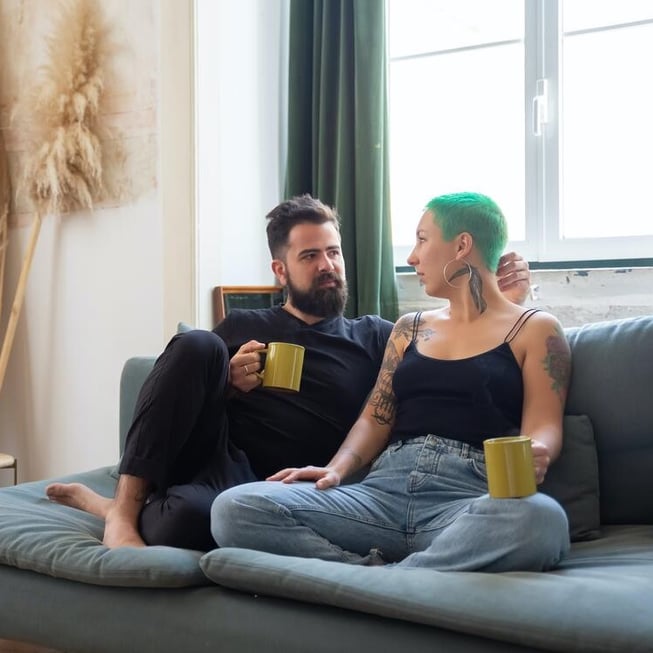 Many gay couples say they waited an average of five years before opening up their relationships. Much of my clinical experience, journal articles, and as "The Male Couple" demonstrate that the most successful time for couples to begin opening their relationships is after five years have passed.

Five years gives them time to move past the romantic love part of their relationship (typically lasts six to eighteen months), and sexual desire toward each other begins to decline.

After five years, they have bonded and "nested," and an open relationship is more likely to succeed at this time. 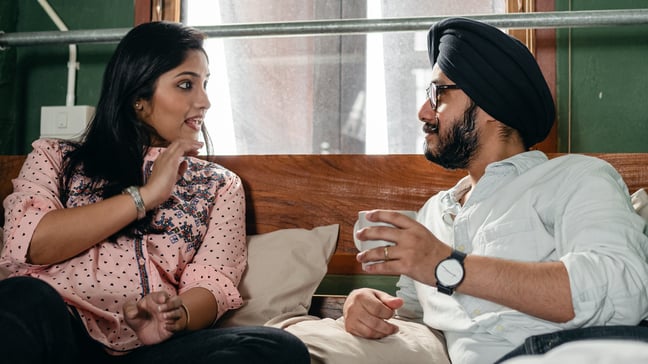 Another thought that gay couples have found helpful is not making any contracts in stone! They can have a living relationship that is open and closed at various points in time, with no hard rules about it.

It's more important to know when and how to discuss desired changes in the contract. 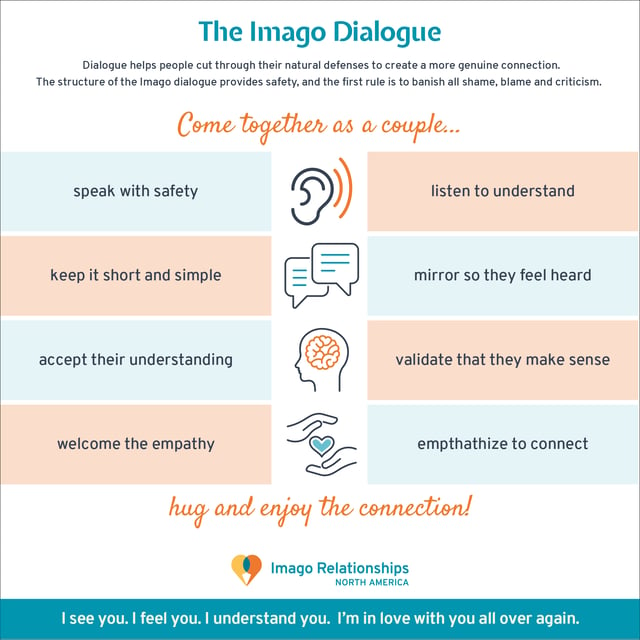 Effective dialogue is the best thing couples can do to ensure safety and trust. I have found the best form of communication called the intentional dialogue, developed by Dr. Harville Hendrix and Dr. Helen LaKelly Hunt explained in their book, Getting the Love You Want. One partner is the receiver, and the other is the sender.

One partner at a time speaks, and the other listens actively by reflecting back on what was heard. This guarantees there won't be any judgments, interruptions, interpretations, reactivity, or defensiveness during a partner's sharing.

The sender should speak only in "I" statements and talk about personal feelings and judgments, never presuming to know what the other person thinks. This kind of respect and communication is essential for any open relationship.

#10 - Understanding What Problems Can Occur With Non-Monogamy

When couples open their relationships, jealousy is bound to rear its head. I've heard couples, gay and straight, voice their anxiety that their partner liked the other person more, enjoyed some sexual behavior from the other person more, and so on. Resolving this, again, requires dialogue and safety between the partners. Knowing in advance the kinds of issues that an open relationship may present can help prevent some of these conflicts in the first place.

I think that when gay couples have an open relationship, it's essential that they distinguish between emotional and sexual affairs. In general, men can have sex without being intimate or emotional with their partners. This is why, I think, gay men can do this effectively–not because they're gay, but more because they're men.

Some say that relationships are hard enough, so why add another element like non-monogamy. If this is what you choose to do as a couple, make sure you take these ten precautions and keep a dialogue going. Do this, and you can keep heading in a positive direction.

It would be easy to judge gay couples negatively from this blog if you do not favor non-monogamy. Remember, most of all, safety and trust are imperative to all relationships. This is why contracts and dialogue are essential no matter what the topic.

If you are struggling with monogamy, non-monogamy, or cheating in your relationship, we are here to help with Relationship Therapy. We have Online Couples Therapy and Couples Workshops too! 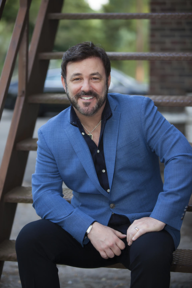